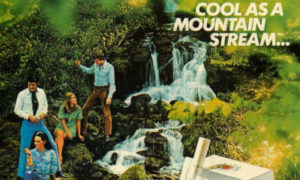 The upcoming ban on menthol cigarettes across Europe may create opportunities for increased adoption of alternative tobacco products, such as heated tobacco, industry sources and experts told TobaccoIntelligence.

The Tobacco Products Directive (TPD) stipulates that menthol cigarettes are to be banned in the UK, as in other European countries, from 20th May 2020. The ban, which is unaffected by the UK’s departure from the EU, covers all menthol cigarettes as well as menthol capsule cigarettes, which will no longer be available for purchase across the EU.

And this could have a positive impact on the consumption of heated tobacco products.

A spokesperson for Philip Morris International (PMI) told TobaccoIntelligence that products such as IQOS could present an attractive option. “Smoke-free tobacco alternatives such as heated tobacco products are unaffected by the ban and will still be available for purchase”, they said.

According to PMI research, 85% of menthol cigarette users will continue to use “some form of nicotine product” after the ban becomes effective. Once made aware of heated tobacco, more than half of menthol smokers (51%) said they would consider its as an option.

“If it’s recognised that smokers find it hard to go back to smoking regular cigarettes after they’ve been a menthol smoker – presumably part of the rationale for the ban – these other products certainly offer an alternative for menthol smokers who don’t want to, or are unable to, stop entirely when the ban takes effect,” he said.

However, experience in other countries where similar bans have been imposed suggests a switch to alternative products might not necessarily become the most widely adopted strategy of former menthol cigarette smokers.

In Canada, a nationwide ban on menthol cigarettes came into force in October 2017. A 2019 study led by Michael Chaiton of the Ontario Tobacco Research Unit across various types of smoker in the province of Ontario showed that a year after the ban was put in place, a greater proportion of menthol smokers than others had decided to quit.

A year after the ban came into effect, 24% of former daily menthol smokers reported making a quit attempt since the ban, compared with 20% of occasional menthol smokers and 14% of other smokers.

While the use of menthol cigarettes in Canada was relatively low before the ban, a similar restriction in the US, where users are higher, particularly among African-Americans, would be even more significant, Stanton Glantz of the US Center for Tobacco Control, Research and Education argued.

Menthol is believed to increase the addictive effect of cigarettes, with some studies suggesting its cooling effect might also lead smokers to inhale more deeply.

In a recent commentary on the Ontario research, Glantz said the findings were “particularly important for African-Americans in the US, who, after decades of targeting by cigarette companies, almost exclusively smoke menthol cigarettes, because they would particularly benefit from local laws ending the sale of flavoured tobacco products including menthol or the FDA finally ending the sale of menthol cigarettes”.

The US Food and Drug Administration (FDA) has for years been discussing a policy towards menthol cigarettes. As long ago as 2011 the Tobacco Products Scientific Advisory Committee (TPSAC) said that removing them from the marketplace “would benefit public health”.

What This Means: The real test for the implications of the European menthol ban will need to be assessed and studied once the ban comes into force. In the meantime, considering the experience in countries that already have a similar ban in place, it seems the change in regulation could present a significant opportunity for the heated tobacco category.