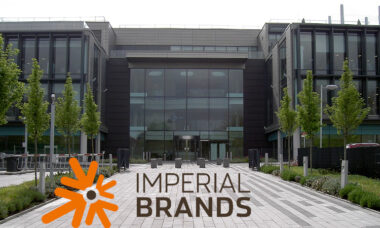 Tobacco giant Imperial Brands today told investors that the ongoing trials of its Pulze heated tobacco device and iD consumables in the Czech Republic and Greece were “progressing well” despite a global decrease in net revenues for the category in 2021.

The British-based multinational posted £32.79bn in revenues for the year ended 30th September, a slight increase of 0.7% in comparison with the same period of 2020.

But net revenue for its smoke-free portfolio fell by 3.9% due to the company’s exit from a number of markets – including Russia and Japan – and it having “refocused the category in line with the revised strategy”.

At the same time, revenues for the company’s next generation products (NGP) were up 28.8%, with sales growth across several markets including Germany, the UK and Spain.

The heat-not-burn (HnB) trials launched a while ago in Greece and the Czech Republic are going well but “it is too early to draw conclusions”, the company said.

CEO Stefan Bomhard told investors: “We will track the consumer data over the coming months to inform our next steps.”

In the US, NGP revenues were down 15.5% on a constant currency basis. The company also said that its modern oral nicotine products are performing well in Norway and Austria because users in these markets “have a preference” for that type of product.

What This Means: Imperial has high expectations for 2022 and believes it remains on track to deliver the five-year plan it laid out in January.

The company says its market pilots in Greece and the Czech Republic are proving a success because heated tobacco is well established in those countries and says those initiatives “will inform the scale and pace of further market rollouts”.

Imperial enjoys an increase in revenue while planning for Pulze expansion