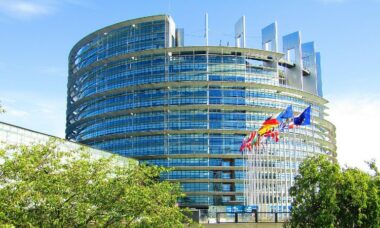 A ban on flavoured heated tobacco products in the EU may be delayed after the Permanent Representatives Committee recommended that the Council of the European Union extend the scrutiny period by two months.

The recommendation follows a request by the Council of the European Union Working Party on Public Health for extra time to scrutinise the European Commision (EC) delegated directive amending the Tobacco Products Directive (TPD) that would bring in the flavour ban and require further labelling and warning for tobacco goods, including heated tobacco products.

The decision on the possible extension of the time limit for raising objections is to be made at a meeting of the Agriculture Council on 18th July, an EU official told TobaccoIntelligence.

The official added that adoption can happen in any Council formation. Legally speaking, there is just one Council and it does not matter if something is adopted by agriculture or health ministers, especially since this item will be a “non-discussion item”.

The EC had anticipated a number of stages, including periods of scrutiny, that would have eventually led to the ban coming into force early next year. That timetable has presumably been pushed back two months to accommodate the further scrutiny.

After the now extended scrutiny period, the directive will be published in the Official Journal of the European Union and enter into force 20 days after publication.

Suggested steps and timetable for the process

The Directorate General for Health and Food Safety (DG-Santé)  proposed that member states should then all transpose the delegated directive eight months after entry into force, and that should be all on the same day to avoid the creation of barriers due to different application dates.

DG-Santé had originally said the transposition period was expected to be at least six months before listing eight months in a later version of the directive.

This could be because several member states called for a “longer transposition” and DG-Santé had said that this “will be taken into account in the preparation of the final draft that is currently being subjected to the Commission internal validation procedure”.

It should be noted that even TPD 2014/40 was not transposed on time by many member states, so it is unlikely this directive will be either.

Following this, a further transition period of three months will then take place during which the market should be fully emptied of any remaining flavoured heated tobacco products. Member states would then be responsible for enforcement.

If any product was to be put on the market after those three final months, it would be deemed illegal and should be withdrawn by the member state in question.

“We are disappointed in the European Commission’s proposal to extend the cigarette characterising flavour ban to heated tobacco products sold in the European Union,” the spokesperson told TobaccoIntelligence.

“By heating tobacco rather than burning it, these products offer a scientifically substantiated reduced-risk alternative to cigarettes, with flavours playing an important role in helping adult smokers to switch.”

The spokesperson added that BAT did not believe EU officials had fully considered the science when making the decision to include heated tobacco products in the flavour ban.

“British American Tobacco believes that regulation should be based on the best available data, which recognises the difference between traditional cigarettes and smokeless, reduced-risk products, like heated tobacco products,” the spokesperson added.

However, the EC was happy with its decision and anticipated seeing the growth trend in heated tobacco that prompted it to take action mitigated or even reversed, officials told TobaccoIntelligence.

“The Commission’s action was based on its legal obligation to act once the substantial change of circumstances had taken place and not on the market forecasts in terms of the future evolution of sales,” they added.

Conditions met for substantial change to be made

EU officials had previously said they had observed a rise in sales volume of at least 10% in more than five member states.

As this value exceeds the threshold of 2.5% of the total EU tobacco product market, the second condition for a substantial change of circumstances regarding heated tobacco products was also met.

It was not verified whether heated tobacco accounted for at least 5% of prevalence of use in under-25s in at least five member states, which is another condition that could trigger officials to act.

But this condition became irrelevant when the products exceed the 10% sales volume in five member states and 2.5% total EU sales volume thresholds.

Towards the goal of beating cancer in Europe?

The EU commissioner for health and food safety, Stella Kyriakides, said: “By removing flavoured heated tobacco from the market, we are taking yet another step towards realising our vision under Europe’s Beating Cancer Plan to create a ‘Tobacco Free Generation’ with less than 5% of the population using tobacco by 2040.

“With nine out of ten lung cancers caused by tobacco, we want to make smoking as unattractive as possible to protect the health of our citizens and save lives,” Kyriakides said.

“Stronger actions to reduce tobacco consumption, stricter enforcement, and keeping pace with new developments to address the endless flow of new products entering the market – particularly important to protect younger people – is key for this.”

The EU official who spoke with TobaccoIntelligence said that any further bans on future tobacco products that currently fit under the exemption would be taken on a case-by-case basis.

The EC will be obliged to act whenever a given product category is found to meet the condition of a substantial change of circumstances, the official said.

“The issue is also under evaluation and will be further assessed in view of the review of the current tobacco-control acquis as envisaged under Europe’s Beating Cancer Plan,” the official said.