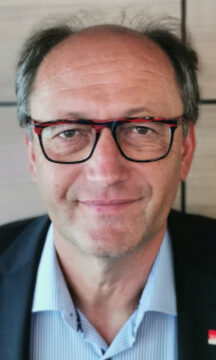 The EU’s tobacconists will need to change their identity if they are to adapt to major regulatory changes coming soon, according to a leading trade body for tobacco retailers.

Peter Schweinschwaller (pictured), president of the European Confederation of Tobacco Retailers (Conféderation Européenne des détaillants en tabac or CEDT) told TobaccoIntelligence he remained optimistic, but added: “We will have to adapt to this movement and prepare our shops to ride out some big changes. Tobacconists will have to find a new identity.”

The most significant developments have been triggered by a report by the European Parliament’s Special Committee on Beating Cancer (BECA).

“The report is about tobacco, alcohol and sugar but the tobacco industry is first in line for change,” Schweinschwaller said.

BECA’s report, Strengthening Europe in the Fight Against Cancer, calls for a tobacco-free generation by 2040. It is of crucial importance because it makes recommendations that will impact traditional and novel tobacco and related products that are likely to be considered by the European Commission (EC) as it re-evaluates the legal framework for the future revised Tobacco Products Directive (TPD).

Everything is in the pipeline for change

Schweinschwaller – who will be speaking at the InterTabac trade fair for tobacco products and smoking accessories in Germany this week – said: “As well as reviewing the rules for more recent alternative products, the TPD3 will also touch on classic products such as cigarettes and rolling tobacco. Everything is in the pipeline for change.”

Schweinschwaller called for regulatory changes to be balanced and not overly detrimental to the economic fortunes of tobacco retailers, which are usually small, family-run businesses.

He highlighted the importance of the size and reach of the network of tobacconists in the EU and the key role they play in being at the front line of the industry and so close to the consumer, particularly in remote and rural areas.

“We still have a future because it’s important to have a network of shops across the country so therefore we still exist,” he said. “The most important advice I can give tobacconists is to stay informed about the ways in which the market is evolving because it’s moving so quickly now. There’s a lot of regulation coming but we can deal with it.”

Many of the 130,000 outlets CEDT represents can no longer survive by selling tobacco alone and have already diversified their offering. Schweinschwaller describes the profession as one in constant change, depending on regional requirements, to better meet the needs of its smoking and non-smoking customers by providing, for example, a postal service and selling grocery products in addition to tobacco and tobacco alternatives.

A good future with alternatives

“The modern tobacconist in Europe is also a neighbourhood store or a small village shop, an important meeting centre where small daily issues can be easily resolved,” he said. “Even if sales of our classic tobacco products are going down, we have a good future with alternative ones.”

CEDT recently met the EC’s Directorate General for Health and Food Safety to discuss tobacco retailers’ concerns about changes to legislation around heated tobacco products, including the possibility of including a transitional period for the stock exhaustion of tobacco products that fall within the scope of the expected Commission Delegated Act.

Schweinschwaller said retailers are usually the most affected by changes in the EU regulation that concern tobacco products.

“We’re at the end of the supply chain so the European institutions often forget about us while they listen to the tobacco industry,” he said. “Of course we’re concerned for the future and, of course, there won’t be the same number of tobacco retailers there are now in ten years’ time. But we found a way forward – we’re letting the European authorities know that we’re here and we’re providing a useful service to the population.”