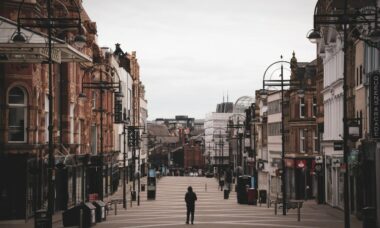 Public health in the north of England continues to be ignored in favour of supporting more affluent and Tory-leaning areas in the south and Midlands, according to a new survey.

The survey by vaping retailer Vapekit has revealed an alarming disconnect between numbers of smokers and dedicated, locally commissioned stop-smoking services.

The company looked at data on smoking rates among smokers aged 15 and older within each Clinical Commissioning Group (CCG) in England and cross-compared this with the number of dedicated, local stop-smoking services available within each area in the UK.

It found that 12 areas did not contain any locally commissioned stop-smoking services, the majority of which were in the north or in lower-income areas in the south and Midlands. In comparison, the CCGs with the most stop-smoking services per number of smokers tended to be in the south or in affluent areas, with only two (West Lancashire and Southport and Formby) in the north.

No better equality in big cities

Looking at cities, Liverpool and Leeds have only two dedicated local stop-smoking support services between them, serving 219,195 smokers. This is the same number of services in the area covered by Tory-voting Westminster (Central London CCG), which serve only 30,659.

“In fact,” said Vapekit, “the areas covered by the West and Central London CCGs contain four dedicated local stop-smoking support services for 68,371 smokers between them, whereas the area covered by NHS Manchester – which comprises more than 100,000 smokers – contains two. This is yet another example of the inequalities between two prominent, densely populated areas in terms of support provision.”

The same holds true when comparing just areas of London. Labour-voting South East London contains the same number of stop-smoking services as Conservative-leaning Westminster and West London despite having nearly four times as many smokers (268,163 compared to 68,371).

Government officials say the recently published Khan review is part of their attempt to address issues around inequality in smoking-cessation services.

A Department of Health and Social Care spokesperson said: “Tackling public health issues such as smoking is a priority for the Office for Health Improvement and Disparities and a key part of the government’s levelling-up agenda.

“This is why we launched the independent review of our bold ambition to make England smoke-free by 2030. [The Khan review of tobacco policy provides] independent, evidence-based advice on potential interventions that will inform our approach to tackling the stark health disparities associated with tobacco use.”

The Khan report recommends investing a further £125m per year in a smoke-free levy and for the NHS to prioritise further action to stop people from smoking by providing support and treatment across all of its services, including primary care. However, the stop-smoking support budget has declined from £5m in 2019 to the current level of £3.8m, said Vapekit.

“The government wants less than 5% of the country to be smokers in just eight years. For this outcome to be achieved, more than 350,000 people would need to quit smoking every year, on average, between now and 2030 – and this statistic does not take into account anybody starting smoking over the next eight years,” Vapekit added.

Vapekit said it could not find consistent figures for the number of smokers in England and the rest of the UK, with the exact number varying from resource to resource. It chose to use data from the Office for Health Improvement and Disparities website, which comprises current smokers aged 15 and older across every NHS CCG in England.

According to that data, there are currently just over 8m smokers in England at the time of writing: 8,040,280, to be exact, said Vapekit. The company added its view that it was important to include under-18 smokers in the count. Under-18 smokers have been shown to generally continue on to be long-term smokers.

At the time of writing, Vapekit could find 129 dedicated local stop-smoking support services in England. Using the data collected from all the CCGs across the country gives an average of one locally commissioned service for every 62,328 smokers.

What This Means: It could be argued that there are more smoking-cessation services serving fewer people in certain areas because those services have helped more people quit, leaving fewer smokers in those areas. This, however, does not really pass the smell test.

It would be interesting to see successful quit rates by CCG, but smoking does tend to be correlated with demographic brackets, suggesting these areas will have already had a head start on cutting smoking rates and that cessation funds are being mis-prioritised.

Whether anything changes with new Tory leadership or a new election remains a question. But a gambler would be unlikely to put money on things changing anytime soon.