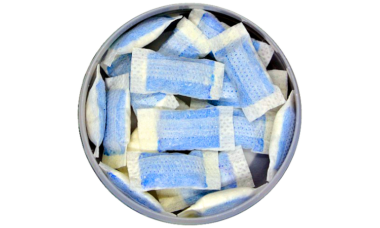 A new study suggests awareness of nicotine pouches among young US adult smokers is high, given the low market penetration of oral tobacco products in the country.

The study, from researchers at Rutgers University and published in the journal Tobacco Control, surveyed a population-based sample of more than 1,000 smokers in January and February 2021, asking about their awareness, interest in and ever use of nicotine pouches. It found that those aged between 18 and 44, as well as those who had previously used smokeless tobacco, were more likely than older smokers to know about nicotine pouches.

It found just over 29% of adult smokers had seen or heard of nicotine pouches but less than 6% had ever tried them. This would roughly coincide with TobaccoIntelligence’s own 2020 research, which found that combined smokeless tobacco use (including chewing, tobacco, snuff and snus) never rose above 10% of a state’s population at that time and had the highest prevalence in states where smoking was also more prevalent.

Nearly 17% of respondents to the Rutgers survey who had never tried nicotine pouches said they were interested in trying them within the next six months in an attempt to quit smoking.

“Interest in using nicotine pouches was more prevalent among adult smokers who were Hispanic, planned to quit within six months, attempted to quit before using counselling or another tobacco product or had ever used pouches,” the study said.

Further research is needed to confirm the findings on awareness, while other studies should also be conducted into whether pouches are being used as a cessation product, a hard reduction product or a dual use product with no impact on conventional cigarette consumption, one of the authors told TobaccoIntelligence.

“Smokers are looking for products that could help them sustain a quit attempt and I think this is a product they may use in places where they might otherwise be smoking,” said Mary Hrywna. “The question is: are they using it to reduce their harm or are they using it together with their cigarettes?”

Hrynwa, an assistant professor at Rutgers Biomedical Health Sciences’ Center for Tobacco Studies, said she would like to see smokers switch exclusively to a reduced-harm product rather than using it in conjunction with a combustible one.

“Pouches, though, certainly open up the marketplace in terms of offering a variety of products that have potential reduced harm,” she added.

The authors of the study, which was supported by the National Cancer Institute and the US Food and Drug Administration (FDA)’s Center for Tobacco Products (CTP), said it marked an important first step towards greater understanding of the products. It was one of the first studies of nicotine pouch awareness to be carried out independent of industry funding, they added.

“Further independent research is needed on actual perceived risk of nicotine pouches, reasons and settings for use across various population groups, including naïve tobacco users,” they said.

The levels of awareness and use of tobacco-free nicotine pouches among adult smokers in the US, as well as the recent growth in their sales, should prompt an increased level of surveillance over their market trends and prevalence, they added.

“There’s not a whole lot of research on the product right now, because it’s a relatively new one and the majority of the existing research has been done by the industry, which isn’t terribly surprising,” said Hrywna. “But as with any research, it has to be replicated and it should be replicated by those who don’t have a financial interest in the product itself.”

Oral products are making inroads into the US tobacco market, where chewing tobacco and snuff are the most popular items.

Premarket tobacco product applications (PMTAs) were submitted to the FDA by tobacco pouch producers by the 9th September 2020 deadline. If the applications are granted, marketing orders will allow the brands to stay on the market, as recently happened with Logic’s heated tobacco product Vapeleaf.

Last year, the FDA also granted marketing permission for oral tobacco product Verve after it had rejected it in 2019, leading to its removal from the market.

The level of nicotine contained in pouches is similar to that in snus and smokeless tobacco products. Unlike these products, however, nicotine pouches do not contain tobacco, which, their producers claim, makes them less toxic than combustible cigarettes, e-cigarettes, heated tobacco or snus.

However, experts have raised concerns over the fact that nicotine pouches are sold in different flavours, including mint and fruit, and using marketing tactics which might attract younger and more naïve users.