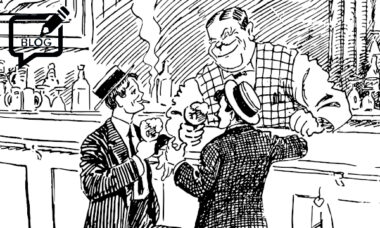 The public health aspects of tobacco – whether conventional or in the form of novel products – frequently make the mainstream news, even if there are few surprises in what’s said. The huge industry itself is much less frequently in the headlines (except as the author of public health problems), but the media took a relatively rare peek into its inner workings recently when Philip Morris International (PMI) all but clinched its deal to take over Swedish Match.

That takeover now looks virtually certain to go ahead in effect even if PMI doesn’t manage to acquire every last Swedish Match share; the deadline for determining that is tomorrow (25th November), so we should know soon enough, and in any case a few percentage points of ownership either way are unlikely to make much difference to the way the combined companies actually operate.

There’s been plenty of speculation about PMI’s plans for its new business. In the fevered-conspiracy-theory corner is the notion that PMI might discontinue Swedish Match’s snus and pouch products to clear away potential competitors for its combustibles – PMI, of course, is an owner of Marlboro, probably the most powerful cigarette brand in the world.

But unless we fully commit ourselves to the kind of rabbit-hole where everything PMI has done over the last eight years in selling and promoting novel nicotine products is somehow a fiendish scheme to push people back to combustibles, this seems highly implausible.

It doesn’t even make much sense as a conspiracy theory – if I were an evil tobacco mastermind trying to prevent uptake of less risky products, very publicly buying Swedish Match wouldn’t be top of my list – and it makes even less sense in the light of PMI’s current and historic strategy: both what it’s said and what it’s actually done. Sometimes things are exactly what they look like, and this is almost certainly such a case.

A wide and deep portfolio

PMI’s acquisition last year of two Danish companies, AG Snus (maker of brands such as Shiro and Sirius) and Fertin Pharma, both point to an interest in developing its presence in oral nicotine products – and Swedish Match gives PMI exactly that on a very large scale, as well as a much bigger foothold in the US market.

As it becomes more and more clear that the future of nicotine consumption is a heterogenous one, rather than a straightforward replacement of combustibles by one product category, PMI is clearly seeking to establish a portfolio that is both wide and deep.

Meanwhile, it’s inevitable that less notice outside the industry will be given to the latest incarnation of PMI’s Iqos range, but this could be important to the company’s future too. The new system, Bonds by Iqos, is being piloted in the Philippines with a wider rollout planned for later this year and next; and while it has some new design features, perhaps more significant is that it is intended “to address consumer acquisition barriers for this segment” including “up-front device costs”.

In other words, though the manufacturer would doubtless not use the term publicly, this “affordable proposition” is a low-end Iqos. Could it be a breakthrough product in those territories – the Philippines among them, as our markets database demonstrates – where Iqos has most or all of the heated tobacco market, and yet only a minuscule share of total tobacco sales?

Often, speculation of this kind would end by concluding that maybe Iqos Bonds will turn out to be more important than Swedish Match after all…or that while Iqos Bonds is all very interesting, Swedish Match is the biggie after all.

Yet perhaps the real lesson from these two very different developments at PMI lies not in determining which will have greater impact, but in recognising that they have to go together. Nicotine’s medium-term future looks increasingly unlikely to involve a single new technology replacing the combustible as the dominant delivery system, and much more likely to usher in a complicated, shifting patchwork of demographic, geographic, cultural and personal preferences.