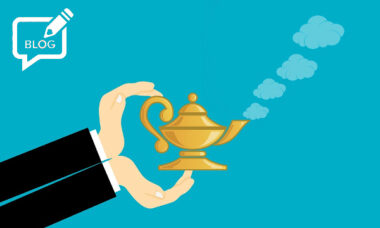 Many companies, some countries, and of course consumers in their millions are making headway in replacing combustible tobacco with safer alternatives…but what’s holding back the others? Is it problems inherent in reduced-risk products, or does the real difficulty lie in perceptions of them?

We wrote recently, for example, about the latest edition of the Tobacco Transformation Index, a project of the Foundation for a Smoke-Free World (FSFW) which assesses the tobacco industry’s transition toward safer alternatives. The Transformation Index follows a rigorous, quantitative methodology which ranks individual companies on different aspects of their business activities to come up with overall scores. Swedish Match and Philip Morris International (PMI) did best, and in general the tobacco industry showed signs of improvement.

But a different approach comes from another new investigation, the Global State of Tobacco Harm Reduction (GSTHR) report produced by the UK-based harm reduction group Knowledge•Action•Change. The GSTHR offers a perspective on the novel nicotine market as a whole rather than focusing on individual vendors – and, being more impressionistic rather than score-based, it picks up on some trends that the Tobacco Transformation Index won’t.

As a result, despite reporting some positive signs for regulatory attitudes in Europe, Southeast Asia and even the US, the GSTHR remains deeply sceptical about the influence of bodies such as the World Health Organization (WHO) and Bloomberg Philanthropies. More importantly than singling out any particular organisation, though, much of its latest report is given over to the mistrust on both sides that seems to pervade any wide discussion of novel nicotine products.

“The genie is out of the bottle,” it says. “A major disruptive force is at play. A range of safer nicotine products have established both an evidence base for reduced harm in comparison to smoking cigarettes and consumer popularity. But divisions within both the public health and political worlds are blocking progress.” (You can read a summary briefing or the full report.)

‘Inconvenient truths’ we should all recognise

The degree to which those divisions are a real impediment was vividly highlighted by speakers at the E-Cigarette Summit in London last week – and, significantly, they tended to emphasise the need for dialogue and mutual comprehension, rather than simply demanding that anti-harm reductionists see the light.

Mitch Zeller, the former director of the Center for Tobacco Products (CTP) at the US Food and Drug Administration (FDA), spoke of a situation of Manichean stalemate where both sides are “dug in”; we all need to recognise “inconvenient truths”, he proposed.

Robert West of University College London called for better ethical standards on the interpretation of science, referring to the “toxicity of the e-cigarette science and research and public health climate” as “a serious problem”. Double standards are being applied and evidence evaluated according to values rather than objectively, he said. “We cannot carry on like this.”

And Garrett McGovern, an Irish doctor specialising in addiction, spoke for many when he urged that “there needs to be a time when we’re all in the room” – both the pros and the antis.

The need may be greater than ever: with new EU regulation on the way, with the dramatic rise in the use of disposables bringing new concerns over youth usage and environmental waste, with stronger evidence of vaping’s efficacy in smoking cessation, and with the increasing spread of other novel nicotine products like heated tobacco and pouches. At the same time, doubts and misinformation are deterring potential users from adopting reduced-risk products.

The solution, as speakers at the Summit acknowledged, won’t lie in sophistry on either side. Ignoring potential drawbacks is as misleading as magnifying them beyond proportion – or, indeed, ignoring potential benefits. But how long before everyone does sit down in the same room, and at least agrees on how to disagree?

Health, environment damage: alternative tobacco products ‘are not the solution’