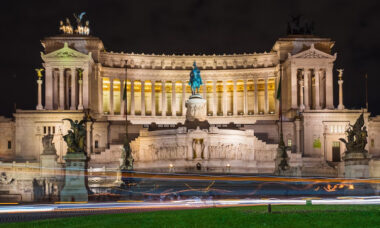 Italian citizens have been called to vote in general elections on 25th September to elect a new Parliament following the resignation of prime minister Mario Draghi on 21st July.

Polls currently show a broadly right-wing coalition as the favoured bloc for forming the next government, with many reporting a lead of around 20%. Parties in the coalition are using their manifestoes to contrast themselves with the opposing broadly left-wing coalition on a wide range of topics thought to be crucial to gaining votes, among which are drug and tobacco policies.

A future government may encompass a range of parties; for example, the most recent government included parties from the centre left to the far right, though currently it looks to be this right-wing coalition (mainly consisting of members of the Brothers of Italy and League parties) versus the leftist Democratic Party and some allies following the Five Star Party having lost consensus.

Uncertainty remains high in the Italian tobacco-alternatives industry, but there is nonetheless a feeling of cautious optimism as the country approaches election day later this month.

One major subject for the industry in the upcoming elections will be excise duties, which are set to rise by 5% in January 2023 unless the new government amends the existing legislation.

Umberto Roccatti, president of the National Association of Electronic Smoke Producers (Anafe Confindustria), called for an imminent intervention in the industry, whichever government is elected.

“The increases planned for January on … heated tobacco products [as well as e-liquids] are unfair, considering that no increase is foreseen for traditional tobacco,” Roccatti said. He added that such a situation could incentivise the smuggling of these products and generate a decrease in revenue.

Roccatti foresees issues with bringing about change. The far-right Brothers of Italy are currently ahead in the polls, followed by the Democratic Party, League and Five Star parties. In the past, right-wing parties have generally supported a more lenient regulatory approach to new nicotine products.

However, no matter who is elected, it is unlikely the government will pass a full new budget law, Roccatti said. Instead, he believes, change would likely have to come through a specific amendment.

“Unfortunately, the new government will not issue the new budget law, but it could amend it or issue decrees that solve this problem,” he said.

Could the retroactive fees decree be overturned?

Meanwhile, there is also concern about the potential introduction of retroactive notification fees for tobacco products that would have been due by 30th July. This has been suspended by a Lazio Regional Administrative Tribunal (TAR) decree following an appeal by Anafe.

The TAR will rule on the legitimacy of the decree on 18th November. Lawyers hope it will be a straightforward decision as they say judges are already aware that the Ministry of Health enacted the decree creating the retroactive fees more than five years after the deadline set by transposing the EU Tobacco Products Directive (TPD) into Italian law.

Roccatti told TobaccoIntelligence that Anafe was optimistic the TAR would rule the decree to be illegitimate.

He added that there was no issue with the idea of notification fees in general, but that Anafe felt the retroactive application was unfair and would have a serious impact on the sector.

“We are not against the notification fees,” Roccatti said. “We disagree with those with a retroactive impact. Further, the decree is badly written. For example, there are doubts about who has to pay the fees when the notification is addressed to a series of commercial brands.”