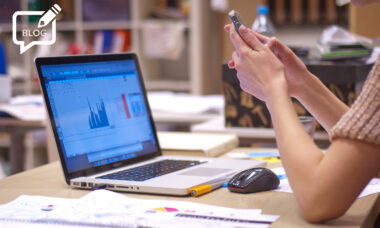 Scientific research into novel nicotine alternatives has largely focused on vaping. The PubMed database, for example, returns around 5,000 hits for “e-cigarette” against some 700 for “snus”, fewer than 400 for “heated tobacco”, and a mere 20 or so for “nicotine pouch”.

That is likely to change as the products become more widespread. For example, most of the early work on heated tobacco was done by the tobacco companies themselves, and work on snus tended to come from Sweden. But broader adoption should heighten interest among researchers in variegated fields and locations, as well as improving their case for funding.

Perhaps in a few years the body of research into other tobacco alternatives will more closely resemble that for e-cigarettes – one which has involved thousands of scholars over the last decade but which is is dominated by American scientists and by a few names who emerge as clear leaders in the field.

A vivid picture of who, and where, e-cig science is coming from is provided by an intriguing new analysis of published research: “Mapping of global research on electronic cigarettes: a bibliometric analysis”, published in the journal Frontiers in Public Health and conducted by Xuechao Li of Shaanxi University of Chinese Medicine, Xianyang, along with several co-authors.

It found that between the years 2000 and 2021 there were just under 8,000 published items of scientific research covering e-cigarettes, with 20,000 authors, although unsurprisingly they were overwhelmingly post-2014.

The US dominates, producing nearly 60% of that work, followed distantly by the UK (10%) and then Canada and Australia. The most productive institution was the University of California San Francisco, with King’s College London and the University of Waterloo in Canada being the only non-US institutions in the top ten – although UK journals actually published the most (nominally UK journals, at least; it’s not like they’re intensely parochial).

Nicotine & Tobacco Research was not only the journal with the most published papers but also the most cited one.

The biggest surprise comes in the list of top authors: the first five in terms of productivity were Thomas Eissenberg, Maciej Goniewicz, Ann McNeill, Suchitra Krishnan-Sarin and K. Michael Cummings, who – while all prominent – are not the most high-profile.

There was much more correlation between fame and citations (the researchers say “co-citations” but from the context I think they simply mean citations): here the top scorers were Konstantinos Farsalinos, Goniewicz again, Jean-Francois Etter, Peter Hajek and Riccardo Polosa.