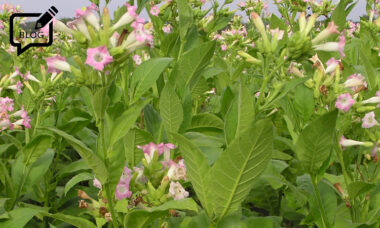 German authorities currently prohibit the sale of nicotine pouches in the country not due to safety concerns as such but because nicotine pouches are classified as food products, with nicotine as an unauthorised food ingredient.

The issue in the German case primarily concerns pouches that contain synthetic or modified nicotine – that is, nicotine that is not derived from tobacco – which makes them subject to the EU’s novel food regime.

But the ruling also ends up covering pouches which use nicotine derived from a tobacco source. And it could be argued that in these cases there is nothing novel about nicotine as a food ingredient.

Nicotine is an alkaloid, a type of metabolite that arises in many plants, with a vast range of applications. While nicotine is primarily found in tobacco, small amounts are also present in genetically similar plants such aubergines (eggplants), tomatoes and potatoes – though at levels magnitudes lower than in tobacco.

Sometimes tobacco leaves themselves can even make it onto the plate, featuring in a dish at the famous restaurant El Celler de Can Roca in Gerona, Spain. And tobacco could arguably be a useful food itself.

The tobacco plant can produce high amounts of plant protein. Some of this protein possesses several nutritional benefits, such as superior nutritional efficiency (specifically the ability to increase weight relative to the amount consumed) and positive health benefits such as lowering cholesterol.

An Israeli startup, for example, is currently using tobacco to produce protein cell vectors to “grow” meat in the lab, having selected the plant due to its ability to lower costs.

Projects like this could help with a transition to consuming more plant-based protein and even address malnutrition under the right circumstances – particularly as tobacco is a quick-growing, high-yield crop. Finding alternative uses would also help to alleviate the burden of transitioning the many farmers who are currently wholly reliant on farming the plant for their livelihoods to other crops.

It seems the main hold-up would be health concerns around nicotine. But this is really a question of degree. A lethal level of ingested nicotine is around 500 mg – though many sources wrongly estimate this level to be significantly lower, often prematurely raising overdose concerns.

Consumption of food products – even the tobacco leaf itself under reasonable circumstances – would not come close to this level. Products such as protein-sourced tobacco would more closely resemble tomatoes and other members of the nightshade family, containing only trace amounts and having little to no effect on human health.

Altogether this means nicotine could have a promising future if it can overcome its uncertain regulatory present. Perhaps one day eating tobacco will be as regular an occurrence as smoking it once was.