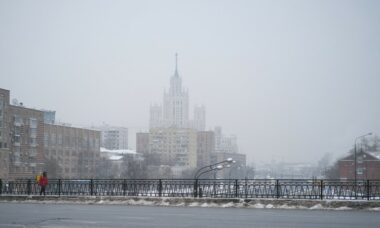 Tobacco producers from around the globe plan to complete their exit from the Russian market by the end of the year by transferring business to local partners, according to recent statements made by company representatives.

Most Big Tobacco companies have suspended new investments or marketing activities in Russia. However, many continued to conduct domestic sales – in effect continuing to earn revenue while just suspending potential future investments.

So far Imperial Brands – which stood out for ending domestic sales in March when others were committing to no more than shutting down future investments and marketing activities – is the only company to have successfully completed (in April) the sale of its business to a Russian investor and left the country.

Other companies are still considering options for their Russian businesses. Philip Morris International (PMI) CEO Jacek Olczak said: “We are working hard to finally leave Russia. This could be completed around the end of the year.”

Olczak added that the withdrawal from the market is quite complicated. PMI accounts for 27% of total tobacco sales in the market.

Japan Tobacco International (JTI) has also not ruled out the transfer of business, and continues its  search for buyers. The company has the largest market share in Russia – about 40% – and five factories under its management.

In March, British American Tobacco (BAT) announced that its Russian business will be managed by its local distributor and long-term partner, SNS Group, which itself has promised to keep production and supplies at current levels.

Domestic representatives say withdrawals will not have an impact on the market in terms of shortages of cigarettes and other tobacco-derived products in the country, according to Andrey Loskutov, president of the Russian Cigarette Union.

Pavel Shapkin, chairman of the National Union for the Protection of Consumer Rights, shares that position.

According to Russian business paper Komsomolskaya Pravda, in the last 30 years, overall investments in the Russian market by global majors have amounted to $5bn. Analysts expect the companies may return to Russia and resume their large-scale activities as soon as geopolitics stabilise.