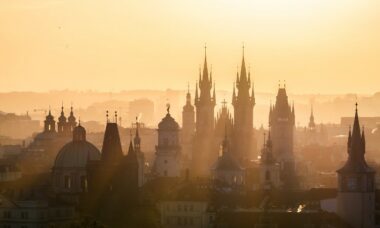 The Czech Republic could extend regulations of tobacco products and e-cigarettes to nicotine pouches, and put age restrictions on the sale of pouches.

The Chamber of Deputies (lower chamber of the parliament) has passed an amendment to the law on the protection of health from the harmful effects of addictive substances that aims to regulate nicotine pouches and ban their sale to under-age consumers.

In late 2022, the Czech Ministry of Health presented a draft decree on nicotine pouches which regulates the composition, labelling, notification and other requirements for such products.

Both the amended law and the draft decree are expected to enter into force in July 2023.

A closer look at the bill in the Senate

The amended bill was delivered to the Senate (the parliament’s upper chamber) on 23rd January. Under Czech law, senators have 30 days for further legislative work, after which they can approve the amended bill and submit it to the president for his signature, introduce other amendments, and either send the bill back to the Chamber of Deputies or veto the legislation. A veto would require the lower chamber to pass it again in a repeated vote.

As the ruling coalition – the Civic Democratic Party (ODS), the Christian and Democratic Union-Czechoslovak People’s Party (KDU-ČSL), the TOP 09 party, the Pirate Party, and the Mayors of Independents – holds a comfortable majority of 81 out of the 100 Senate seats, a veto is unlikely. At the Chamber of Deputies, the bill was passed by a majority of 117 votes, including many opposition members of Parliament (MPs).

The Senate is expected to back the legislation, though president Miloš Zeman, who opposes the incumbent government of prime minister Petr Fiala, could veto the bill. However, 108 out of the 200 lawmakers in the lower chamber are from the ruling coalition, so they could override the president’s veto. What’s more, Zeman’s second and final presidential term ends in March this year, and presidential candidate Petr Pavel, supported by the ruling parties, is expected to win the election run-off on 27th and 28th January.

Speaking at a recent press conference, Tom Philipp, an MP for the KDU-ČSL and the deputy chair of the lower chamber’s Committee on Healthcare, said the amendment is a result of the lawmakers’ perception that nicotine pouches are worryingly popular among under-age consumers.

“Nicotine pouches were previously perceived as a tool for quitting [smoking], but nowadays, they very often cause addiction, especially among children,” Philipp said. “I am thrilled that my colleagues and I managed to develop this amendment which will prohibit the sale of nicotine pouches to children and adolescents under 18 years of age.”

The Ministry of Health weighs in

“At the same time,” Philipp said, “the Ministry of Health has prepared a decree that, among other things, will determine how nicotine pouches should be labelled; it will regulate flavours that are attractive to children as well as the amount of nicotine.”

Last November, the Health Ministry’s draft decree was submitted for evaluation by the working committee of the Legislative Council of the Czech government, and, according to the ministry, it is awaiting the technical notification process with the European Commission. The draft decree sets the maximum amount of nicotine at 12 mg per pouch.

The Health Ministry said that the decree “regulates the requirements for the composition, appearance, quality, and properties of nicotine pouches without tobacco. It also emphasises their labelling, including prohibited elements, and the notification obligation of manufacturers and importers before the product is introduced to the market.”

The draft decree on nicotine pouches was notified to the TRIS system on 19th January of this year, with the standstill period for comments ending on 20th April.