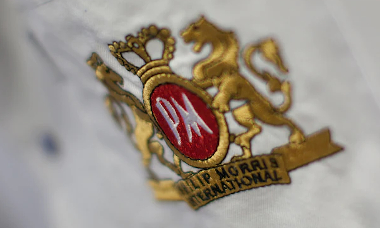 Philip Morris International (PMI)’s net revenues were up by 9.1% in the third quarter of 2021 thanks to the growth of its heated tobacco segment – but the company has warned of disruption in the US market after the recent court ruling banning the importing of Iqos consumables into the country.

The New York-based tobacco giant reported net revenues of $8.12bn for the quarter, with smoke-free products accounting for 28.6% of the company’s total revenue. PMI posted net revenue for the first nine months of 2021 of $23.30bn, a year-on-year increase of 9.7%.

In the presentation of its financial results to investors, the company said that while cigarette shipment volume fell by 0.4% in the quarter, heated tobacco unit shipment volume increased by 23.8% to 23.5bn units.

The most significant growth in PMI’s smoke-free portfolio happened in the Middle East and Africa (577m units, against 170m in the third quarter of 2020) and South and Southeast Asia (79m units against 10m in Q3 2020).

The good results in the latter region were due to the “successful start” of the rollout in Japan of Iqos Iluma, a device PMI expects to expand to other markets by the second half of 2022.

The recent ruling by the US International Trade Commission (ITC) banning the import of Iqos consumables into the country obliged the Big Tobacco manufacturer to implement contingency plans, including manufacturing HeatSticks in the US.

PMI’s chief financial officer Emmanuel Babeau told investors that while the financial impact of the court decision “is immaterial” given the early stage of the product rollout, US users will be unable to buy the consumables “for a period of time”.

“While the ITC ruling may cause near-term disruption to the US availability of Iqos, we continue to see a large opportunity for Iqos in the United States over the coming years,” Babeau concluded.

Despite the recent market developments in the US, PMI expects an increase of between 6.5% and 7% in net revenues this year, the upper half of the previous range.

The company’s expects its combined cigarette and heated tobacco unit shipment volume to rise by 1%-2% in 2021 and CEO Jacek Olczak expressed confidence in the company’s 2021-2023 growth targets “despite device constraints that could persist into the first half of 2022”.

The company also highlighted to investors the “significant opportunities” that it sees in its strategy “beyond nicotine” – including botanicals and inhaled therapeutics – areas it believes will have a market of around $65bn by 2025.