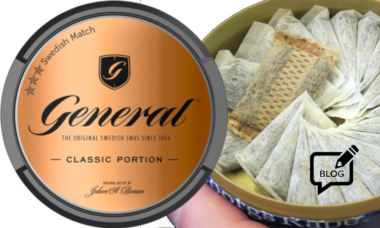 The $16bn takeover of Swedish Match by Philip Morris International (PMI) now seems more likely to happen than not (at least as of today; these things are never certain until the last signature is signed).

And while its most immediate impacts will doubtless be felt within the two companies rather than in the wider world, the takeover could have significant implications for competitors relatively quickly, and for consumers too further down the line.

For both PMI and Swedish Match the deal makes plenty of sense. PMI will gain significant pouch and snus brands which underline its commitment to smoke-free products and which (the company hopes) will position it to benefit from growth in Asia and Europe. It will also appreciate Swedish Match’s sales operation in the US (something it is now not going to get from Altria, more of which below).

Swedish Match, meanwhile, will welcome access to the resources of a much larger corporation and its international infrastructure, as well as its expertise in ENDS, an area where the Scandinavian company has not ventured. Both will benefit from each other’s regulatory savvy in different markets, too.

And while it’s difficult to imagine that the merger of two tobacco firms will actually create positive PR (at least outside the financial community), certainly there’s no obvious big threat to either party’s reputation (though some Swedish Match investors could balk at joining forces with a seller of combustible cigarettes).

Perhaps the most interesting aspect of the deal to ponder, however, is that the two combined will have an impressive smoke-free portfolio presenting opportunities to merge branding as well as operations. If there is now an Iqos e-cigarette, why couldn’t there soon be an Iqos nicotine pouch?

The news also appears to be further confirmation that although PMI was recently considered quite likely to re-merge with Altria, it has given up on that idea, something that PMI’s CEO Jacek Olczak indicated late last year.

Entry into the modern oral sector was clearly a prime motivation for PMI to pursue the deal with Swedish Match, and the latter’s Zyn pouches will now come into PMI’s collection of brands – giving it little strategic need for Altria’s On! pouches, which are major competitors for Zyn in the US market.

So will Altria, which despite its strong presence in the US has minimal profile elsewhere and was somewhat burned when it tried to widen horizons through an investment in Juul, now look for a different international partner?

US nicotine pouch sales have grown 300 times in five years: so what’s next?