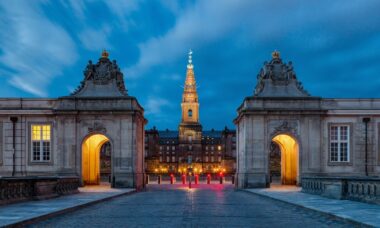 The future viability of Denmark’s plans to ban anyone born in or after 2010 from accessing tobacco and nicotine products has been thrown into question after the country’s government has become the first ever to be brought down by mink.

Danish citizens will head to the polls to elect a new government on 1st November after prime minister Mette Frederiksen, of the Social Democrats party, called for an election before the end of the legislative period under the threat of a vote of no confidence from government allies, the Radikale Venstre (Danish Social Liberal Party).

The crisis started in 2020 when Frederiksen ordered the culling of all mink in the country in an effort to stop the spread of the Covid-19 virus after reports emerged that it could be passed to humans from the carnivorous mammals. The prime minister’s decision was highly criticised by a parliamentary commission investigating it. Only after millions of mink were culled was it reported that there had been no legal framework to carry out the act.

The Social Democrats, together with three other centre-left parties, managed to prevent an impeachment, but the Social Liberals insisted on elections being called by the beginning of October 2022, otherwise a vote of no confidence would be sought.

The decision to accede to the demands means there won’t be enough time for the government to pursue its plan to follow on from countries such as New Zealand and Malaysia with a proposal to eventually phase out tobacco use with this birthdate ban.

In March 2022 health minister Magnus Heunicke announced the plan, though exactly what kind of tobacco and nicotine products would be included was never specified by the government.

A close race, chance for another coalition, and a possible TPD hurdle

Meanwhile, recent opinion polls indicate the upcoming election is a race between the Social Democrats and the conservative opposition, with the current government in the lead.

However, the race is close enough that it is possible, perhaps quite likely, that some sort of broader coalition will replace the current centre-left one when forming the next government. In total, 15 parties are eligible to be chosen. So far, three party leaders have confirmed their candidates for the prime minister’s job.

If a new coalition does form to take control, the current opposition – the centre-right Liberal Party and the Conservative Party, with potential participation of the right-wing populist Denmark Democrats party – would likely gain in influence and that would, in turn, make the approval of a ban less likely to occur.

Both traditional alternative parties have positioned themselves against the ban, although the Conservative party is also against the introduction of new tobacco products into the market.

The political crisis is not the only barrier to the ministry’s plans: the EU’s Tobacco Products Directive (TPD) may also stand in the way of the proposal. Heunicke said in April 2022 that the ban will require an amendment to the TPD. However, he remained positive that both Danish and EU law could be changed for the ban to happen.

What This Means: If the current government wins the election, it is likely to struggle to find a coalition and pass its proposals. If the opposition wins, the ban would likely have no place under their coalition plans.