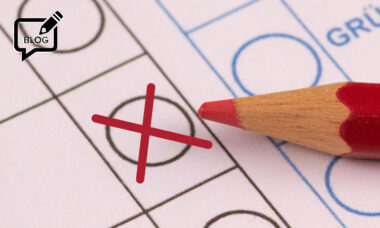 After the victory of right-wing parties in Sweden’s very close election this week, the country’s tobacco alternatives sector – and its customers – may well be breathing a sigh of relief; perhaps a peppermint- or caramel- or blueberry-scented sigh, indeed.

It was the previous, more leftist government which had backed a plan earlier in the year to restrict flavours in nicotine products, but that proposal was rejected by the parliament (although other, less contentious restrictions were approved) and the new administration looks unlikely to resuscitate it or similar ideas.

Novel nicotine products, and tobacco control generally, are rarely to the forefront in elections: not least because there is no real argument about the desirability of reducing smoking, and because relatively few citizens are affected by any measures that might be adopted (or not). But for those in the industry, and for those who use the products, they can make a big difference – and nowhere more than in Europe, it seems.

This is made startlingly clear by our new Policy Radar product, which currently tracks the development of nicotine-related policy in 39 countries. Among its many features is an election monitor, which assesses how significant forthcoming polls are to the sector…and nearly all of those rated as most meaningful are in Europe.

In Italy, Spain, and Finland, for example, the next elections “are likely to bring new parties into government with very different views towards tobacco and nicotine product policy”. Indeed, the outcome of Italy’s – due in less than a fortnight – may, if the right wing prevails as expected, be just as welcome as Sweden’s to businesses facing an increase in excise duties.

Of course, this is not the only part of the world where elections matter; the Policy Radar also identifies Canada, the Philippines and the US as races to watch. And, as we reported recently, the possible announcement next month of an early election in Malaysia might put a question mark over the future of that country’s Generational End Game Bill, which would cut off the sale of tobacco products to anyone born after 2007.

But still, it is Europe, with its wide gamut of (current) policy positions, from prohibitionist Norway to pro-harm-reduction Britain, that most vividly illustrates how big-picture politics can and does make a difference – how elections that aren’t “about” nicotine at all can nevertheless have such an impact on the climate for nicotine alternatives.

Uncertainty mixed with optimism in tobacco sector ahead of Italian elections