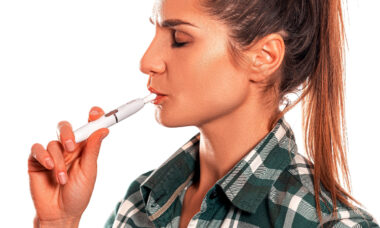 2021 may have been a downer in many other areas but the year saw phenomenal growth across tobacco alternatives, including in the oral segment, heated tobacco and nicotine pouches.

It was an overall down year in terms of performance for much of Big Tobacco but this was somewhat alleviated by continued growth in non-smokable oral and nicotine products.

Altria posted a decline in its third-quarter revenue but its oral portfolio was up, with a significant growth in retail share for its On! nicotine pouches. Likewise, British American Tobacco (BAT) reported a slip in global revenue, while its new category portfolio rose by around 40% in the first half of 2021.

This was further reflected by specialists. Swedish Match reported growth in global sales in the first nine months of 2021, boosted by a positive performance of its smoke-free portfolio in the US and Scandinavia.

A recent report from the US Centers for Disease Control and Prevention (CDC) found that this was all a reflection of a continual growth trend since nicotine pouches entered the US market in 2016. It estimated that sales of nicotine pouches in the US have risen 300 times higher over that period.

According to figures released in December by the Tobacco Institute of Japan (TIOJ), in the six months from April to September, total income from sales of HnB consumables in Japan was up by 18% over the same period of the previous year to JPY629bn ($5.53bn). The number of HnB sticks sold increased 12% from 21.2bn to 23.8bn.

In its latest earnings figures, JTI recorded a positive performance from its reduced-risk products for the first nine months of the year, with sales up 12.4% over the same period of 2020.

PMI also reported good numbers in its latest financial results, thanks to the growth of its heated tobacco segment. However it now faces at least a short-term dilemma for sales in the US market after a major ruling by the US International Trade Commission (ITC) banning the importing of Iqos consumables into the country. It will now examine the implementation of a number of contingency plans including the manufacturing of HeatSticks in the US.

Looking further forward, PMI’s chief financial officer Emmanuel Babeau said that while the ITC ruling may cause near-term disruption to the US availability of Iqos, the company continues to see a large opportunity for Iqos in the US over the coming years.

PMI has also gone ahead with its transformation strategy to acquire companies that could help lead it to a future “beyond nicotine”, despite some attempts by anti-smoking groups to block its acquisitions.

In September, PMI confirmed its controversial £1.1bn takeover of the UK health firm Vectura, becoming its majority shareholder. It also confirmed a $820m deal with the Danish manufacturer of gums, tablets and other oral products, Fertin Pharma, which will operate as a wholly-owned PMI subsidiary.

Several UK health associations, including the British Lung Association, Asthma UK and Action on Smoking and Health (ASH), wrote to then junior health minister Jo Churchill to highlight their “deep concern” over the takeover. “PMI is the only in a position to take over Vectura because it has profited enormously from cigarette sales when avoiding responsibility for external costs of smoking, including health harms, lost productivity and environmental degradation,” the letter read.

The UK government monitored all developments around the Vectura acquisition to determine whether there was any significant public interest reason to block the deal. It decided there wasn’t.

Away from Big Tobacco, the announcement by the US Food and Drug Administration (FDA) in December of modified risk orders for two low-nicotine combustible cigarettes (including one menthol-flavoured cigarette) from the 22nd Century Group has also been in the spotlight.