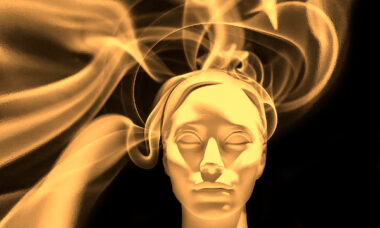 The year gone by saw phenomenal growth across the global market for tobacco alternatives, including in the oral segment, heated tobacco and nicotine pouches.

It was an overall good year in terms of performance for many Big Tobacco companies, which saw continued growth in non-smokable oral and nicotine products as well as numerous new launches and significant mergers and acquisitions activity.

Japan Tobacco (JT) posted positive figures for the first nine months of the year, boosted by continued growth in its general reduced-risk product category, primarily fuelled by the success of Ploom X in Japan.

For the first nine months of the year, US cigarette maker Altria saw its revenue fall by 3.9% to $19bn. But this was partially offset by steady revenue from its oral tobacco products segment, which remained at $1.95bn.

Philip Morris International (PMI) recently launched its latest heat-not-burn system, Bonds by Iqos, along with its compatible tobacco sticks, Blends, using the Philippines as a pilot market. PMI also announced a successful takeover of Swedish Match after some initial complications.

It now owns 93.11% of shares in Swedish Match, meaning it can begin the process of taking the company off the stock market and making it a wholly-owned PMI subsidiary. In the meantime, Altria made a $2.7bn agreement with PMI on the exclusive rights to sell products in the US.

Targeted regulation gets off the ground

The US cigarette-maker also announced a strategic partnership with JT Group in a move to expand its heated tobacco portfolio. The two tobacco giants will jointly establish Horizon Innovations, which will be responsible for US marketing and commercialisation of heated tobacco stick products owned and developed by either company.

Internationally, regulation of alternative tobacco products beyond e-cigarettes began to get off the ground in 2022, with either new laws introduced to encompass oral nicotine products and/or heated tobacco, or existing tobacco laws modified to fit them in.

The European Parliament overwhelmingly adopted the Special Committee on Beating Cancer (BECA) report, marking the first time a European institution has formally acknowledged the role that reduced-risk products could play in smoking cessation – with some caveats. The European Commission also adopted a heated tobacco flavour ban, which must be transposed in national law by EU member states by October 2023.

The decision in the US to extend the Food and Drug Administration (FDA)’s regulation of products to include those containing nicotine derived from non-tobacco sources will put any tobacco alternatives made from synthetic or alternatively sourced nicotine under FDA authority.

The menthol ban in cigarettes and plans to lower nicotine content will also impact on heated tobacco, which is considered a cigarette product for regulatory purposes in the US.

Beyond that, most of the specific regulations relate to imposing minimum standards, minimising advertising exposure and packaging or implementing specific excise taxes.

In terms of applying minimum standards for nicotine pouches, Iceland has made them subject to e-cigarette legislation (as opposed to being consumer products), Slovakia has adopted minimum regulation, while Latvia approved a bill amending the Tobacco Act that equates all tobacco substitutes (and e-cigarettes) to tobacco products.

Looking at heated tobacco, the aforementioned Latvian modification to the Tobacco Act would apply. Meanwhile, in the Netherlands officials decided that heated tobacco devices would be regulated as tobacco-related products while in the Philippines specific regulations are expected  in 2023 after a bill introducing a regulatory framework to heated tobacco and vaping products was allowed by the new president to lapse into law.

In terms of taxation, Canada saw an increase in April; Morocco decided it will bring in a new tax on heated tobacco in 2023; two tax increases in heated tobacco products were approved in Portugal; and progressively increasing heated tobacco excise duties were introduced in Poland and Romania.

Italy appears to be the only major market to introduce new excise duties on nicotine pouches. The law also partially regulated pouches, requiring them to be notified but not adding any further restrictions on ingredients, packaging or advertising.

2022 was also a year in which significant initial restrictions were placed on the advertising and packaging of tobacco alternatives.

Many countries chose to extend existing restrictions to cover tobacco alternatives, such as in Finland, where from May 2022 a display ban also applied to devices for heated tobacco. In the Netherlands existing legislation was amended to tighten the ban on advertising of vaping and tobacco related products as of July 2022.

New packaging restrictions for tobacco products were proposed in Canada that would apply also to non-combustible alternatives. These included rotating health-related messages and bigger health warnings for heated tobacco, to cover 75% of the packaging.

Israel introduced a progressively tightened restriction on written advertising for heated tobacco – the only form currently permitted – that would see health warnings increase in size over a four-year period before adverts are completely banned.

Georgia chose to postpone its standard packaging requirements for tobacco products until July 2024. That came in response to companies asking for time to source imports from other markets following the Russian invasion of Ukraine, which has traditionally been the main supplier of tobacco products for the country, which stands on the border of Europe and Asia.

Meanwhile, in the UK an independent tobacco review led to some pro-vaping recommendations but was far less enthusiastic about heated tobacco products and rejected outright the idea of legalising snus, suggesting instead that the government “facilitate access” to tobacco-free pouches, which could indicate future UK policy direction for tobacco alternatives.